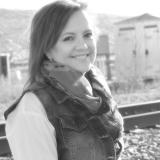 The symbol for The Big Lie is a record which I believe was strategically chosen because the Big Lies are the recording, the soundtrack that is set on repeat in our heads. I have spent all of my adult life believing that the switch for that recording was broken. Forever set to ON and me without the technical expertise to fix my sound system.

If it is true that opportunities for growth and discovery come to us when we need them and are ready to receive them, then The Big Lie came to me when I was finally prepared to examine the nagging feeling that something was, well, wrong with my soundtrack.

Armed with that feeling, I joined Shandra and Lana for a day of discover, unearthing some fossils from my past that quickly revealed themselves as the foundation of my present. There were a lot of lightbulb moments. There was a lot of stunned silence.

Lana and Shandra kept our day moving with humour, grace, and upbeat attitudes that balanced some of the heavier material. They were clear that they were not there to fix but more to truly facilitate the reveal of our Big Lies. Neither of them tried to minimize or diagnose. Dialogue and self-discovery were encouraged and I believe that with honesty and real connection that all of The Big Lies participants left with a fuller understanding of how to address the deeply personal truths and untruths of our Big Lies. I personally left with a plan on how to fix my broken record player.

In the months following The Big Lie seminar, I found a good therapist. I, who had always believed that I could do everything all by myself, realized that I needed help. For if I could get so much from talking for a day with other people, then what progress could I make for myself if I enlisted someone just for me?

The Big Lie really highlighted for me that I was carrying false recordings that have been with me for thirty years. Me, bopping along, thinking that this was just how it was.

I am learning now how to hear the beauty of silence. I am listening to a symphony of calm, and okayness, satisfaction with my best effort, and honesty with myself. Every day that gorgeous music is becoming my soundtrack and now when the cacophony of my Big Lies break in, I have the tools to switch the station. I have a choice in what I hear.

My Big Lie was not working for me anymore. It never really did. I would not have realized it if I hadn’t been open to questioning its existence in the first place. I have so much gratitude to Lana and Shandra for facilitating such a powerful shift in my attitude and the quality of my inner music.

It was a work trip. I had to dress up – I mean, really dress up – something I hadn’t done in I don’t know how long. I found a great deal on a gown, tried to curl my hair so it didn’t look like it does every other day of the year, the entire time feeling wholly unattractive and out of place. My strapless gown did anything but flatter me, given all the weight I’ve gained.

Twenty years ago I was the host of a tv show and several years before that I taught at a modelling agency. More than one female told me she ‘hated’ me because of my body and my naturally long, thick eyelashes. I was seriously thin, had stylin’ clothes, wore the trends in hair and makeup, yet I was still insecure and uncomfortable in my own skin.

The lie entrenched inside of me doesn’t reside in my size, my age or my looks. It has weaved its way into the fiber of my beliefs about myself. Stories I’ve either heard from others, or have thought on my own and have repeated them until they became true – for me.

Like in Grade 7, when the bully of the school called me “maggot lips” because I used to get horrendous cold sores. Or in high school when I was mercilessly teased because I was a “goodie two shoes” who didn’t drink. Then there was the time my best friend married my ex-boyfriend…and I was their maid of honour. Of course there must something wrong with me, an unworthiness that caused me to be so undesirable, right?

You see, it’s not necessarily one major event or conversation that seeps its way into our subconscious, it’s the stories, the experiences (or our perception of them), that wears us down.

Before the truth can set you free you need to recognize which lie is holding you hostage. ~unknown

On that work trip, I made a few unfriendly comments about myself, and one of the ladies I was with said we needed to come up with a code word to shut me up from saying bad things about myself. She blurted out, “Banana!”, so every time any one of three of us started to degrade ourselves, we’d say it. We’d chirp, “Banana!” at one another and then start to laugh. How can you not?

I told my daughter that story when I got home, thinking it was just a humorous and fun way to handle our self-degradation, but she has taken to using it on me too, when the words that come out of my mouth are not self-loving.

Discovering the lies and plucking them out, just like we pluck our eyebrows (guys, I know some of you do, too), doesn’t mean they’ve been flung into the abyss forever. It takes time to lessen the sting, but with repeated effort it does get easier and less painful. And we are always happier for the reward that comes with the work. Progress. 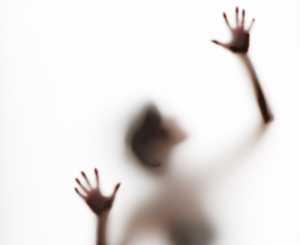 Muddled and confused, we sometimes need a little guidance or clarification to help us on our way. The stories we tell ourselves – good or bad – can cause unease within because our brains are fighting a battle in which one gets priority at any given moment.

The “aha” moments we have experienced over the past several months have provided an opportunity to explore new ways of thinking and new ways of being, even though we are both intentional with our personal growth.

In our development of The Big Lie, we wanted every detail to encompass the meaning and purpose behind the work. As we started talking colour, both of us got pretty ramped up because we had the same colours in mind for our branding. They are opposites (but complementary) on the colour wheel, and when we researched what each meant, we were like little kids in a candy shop! Who gets giddy about the littlest of details? We do!

Blue is considered calming, tranquil, instilling confidence. Think of the peaceful sounds of water, whether it’s ocean waves or a little brook. They lull us, soothe us into a state of oblivion. Okay, maybe that is taking it too far, but it drives home the point we want to make. When something is repetitive and becomes habit, it lulls our senses and can cause us to be unaware of what is lurking around the corner. If we repeat an internal thought to ourselves, or are told something often enough, eventually we will calmly, unknowingly, accept it as truth.

Orange on the other hand, is vibrant and is considered to be the colour of courage! It’s kind of like a wake up call and a jolt of energy all at once. It’s got that you-can-do-it, you’re alive and well, appeal to it. Orange can’t be ignored and is not subtle. It’s upbeat, projects a sense of optimism and must be noticed.

In surrounding the muddled blue of the lies we’ve come to accept, the orange circles remind us that we have control over what happens next and they encompass those stories with truth and vibrancy, little by little, layer by layer.

When truth is given the opportunity to re-frame our thoughts and beliefs, the possibilities are endless. It’s time to let courage be the message you hear, the banner you uphold and the belief you honour and surround yourself with.

Often, on the other side of your Biggest Lie, lives your greatest gift and calling.

Find out how you can conquer your Big Lie and Live out a New Truth.

If you are ready to:
– Improve your Relationships at home and at work
– Step into Your Truth
– Immediately Move Forward in a Meaningful Way

No images found!
Try some other hashtag or username