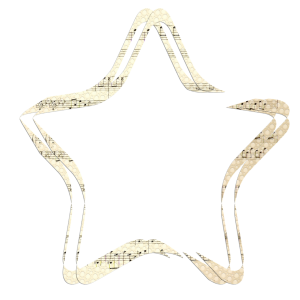 It was 1984ish….I was in Grade 5 and standing on stage in a red western skirt with a white flouncy shirt. I had my hands clasped in front of me and I looked up into the lights while singing the song I was given in the annual school play. I don’t remember what the play was called, or even all of the lyrics, but I do remember feeling proud, nervous and very excited about being able to sing on stage.

I’ve always loved singing. Ask anyone and they’ll tell you that I love music. Take away anything you want, but don’t take away my music.  As I grew older, I took singing lessons and participated in recitals. I didn’t always love the music my teacher taught me, but I appreciated how dedicated she was to helping me find my voice.

And then one day, the songs stopped being fun. I began working full time, was deeply involved in my romantic relationship and no longer found the time to attend my lessons.

It was right around this time that I was growing into my own adulthood and beginning to fill my schedule with other people’s demands and needs.

I still sang in the car and sometimes participated in karaoke contests (my signature song being “The Rose”; my good group of friends will never forget that song) but never really focused on my love of being in the spotlight. I always denied that I enjoyed being the centre of attention. It felt selfish.

Fast forward many years later and the basement of an acquaintance. We were at a house party and were hanging out in the “jam” space. Everyone was having a great time; many people picked up an instrument and played, while another woman sang. I sat there, longing to get up and pick up the drumsticks or, better yet, grab the mic and sing my heart out.

I never did. I just sat there, appreciating the sounds they were making and pretending that I was happy just to listen. I could literally feel my heart pulling me up to the mic. I ignored the urges. “Don’t’ mess with the band,” my voice said. “You wouldn’t know the first thing about jamming,” another said. “It’s just so cool that you get to BE here, listening and witnessing this,” justification said.

Every time I left a party without singing, a part of my soul cried. I felt like I had abandoned myself. And each time we deny our soul of its desire, we chip away at it, until it feels like there is nothing left.

In February of this year, I decided that I wanted things to change – for me and for others, so I challenged the women in the groups I facilitate to choose to do one small thing that would change their lives, even by 1 small degree. We called it “The Big Deal”.

My choice was to seek out a jam and sing at it just once before our group year ended in June.

While looking for opportunities to take centre stage, I discovered that what seemed to be in the way was my BIG LIE. And my Big Lie was, “I am in the way.” It showed up as my story early on in my quest to pursue my dream of singing at a jam session.

I further realized that my long running belief and the narrator of my life’s story was ,“I am in the way.”

I lived my every day as if I was in the way. I would put others’ needs first, promote others, not accept compliments gracefully. I would always help others get the spotlight, while I stood side-stage, pulling back the curtains for them to shine. I would avoid people in public places because I felt like reaching out was an imposition or worse, that I was forgettable. All the while, feeling my heart pull me to the centre of the stage. Always denying myself the opportunity.

I felt myself shrinking. I felt my soul give up.

When the light bulb came on to illuminate my “I’m in the way” lie, I felt instantly lighter. I was actually happy, because I finally understood why my life was not as big as I had hoped, planned or dreamed.

I began testing my lie out. I began “getting in the way”; started asking for what I wanted, answering almost every call to fear, accepted most invites and challenges. It was incredibly exciting, and the more I practiced challenging it, and seeing positive results, the easier it got and the braver I became. It became a game I loved to play; see “I’m in the way” show up and challenge it immediately. I have been having so much fun with it. I worked on this starting in February and have continued to challenge my big lie, every day.

When I had declared my big deal back in February; singing at a jam session, I’d envisioned myself at a party, getting up to sing my favorite fight song, “Ladylike” by Storm Large. I told a friend what I was up to and asked to be invited next time they jammed. Of course, he agreed. Yikes!

One of my girlfriends kept me on task, and offered to go with me to support me and hear me sing at karaoke to complete my big deal. It never worked out but it was amazing to be supported and have someone to be accountable to, besides myself.

The jam opportunity didn’t materialize on my schedule, but I wasn’t about to let the idea go. This was too important.

So, I sang…shakily and sometimes out of tune, at our Womentum finale.

FINALLY, I had done it. And it felt amazing.

And then… my husband and I moved back into the city. And down the street was a music school that offered singing lessons AND group jam session lessons. OF COURSE.

I signed up. For all of it.

I went from singing in my car, where no one could hear me, to singing 3 times per week. We have 2 jam sessions and I have 1 lesson each week. I couldn’t be happier.

Now for some people, going from zero to a hundred (or in this case, three) might be overwhelming, but for me it’s exhilarating. This time I’ve committed to for myself – and having my new bandmates/fellow students – has catapulted me into the spotlight. We are even doing a live show in the next month. That is something I never would have thought I wanted, let alone see it materialize.

My life is completely different, and so am I.

All because I discovered my Big Lie.

I love my Big Lie, because it has given me the inspiration to really care about myself and prove it wrong. Because let’s face it, we all like to be right, which is why we are so loyal to the untruths of so many stories we carry.

It’s time we reframed the stories that get in the way of our big, bold life; appreciate them and use them to grow our courage and our experience of life.

I looked for the photo of my singing on stage in that red skirt and white top. I was unable to find it in time for this to post, but I did find what I think are the lyrics to the song I sang out loud, in front of an audience, all those years ago. And I think they are quite fitting….

Be aware of who you are

Love yourself and you’ll go far

Be your own true self

And not anyone else

That’s the best that you can be

Be aware of who you are

Love yourself and you’ll go far

I remember that moment like it was yesterday and, I know when I hit the stage next month, that moment will also be burned into my memory for the rest of my life.

Because that is what it will feel like to live in my truth.

Often, on the other side of your Biggest Lie, lives your greatest gift and calling.

Find out how you can conquer your Big Lie and Live out a New Truth.

If you are ready to:
– Improve your Relationships at home and at work
– Step into Your Truth
– Immediately Move Forward in a Meaningful Way

No images found!
Try some other hashtag or username